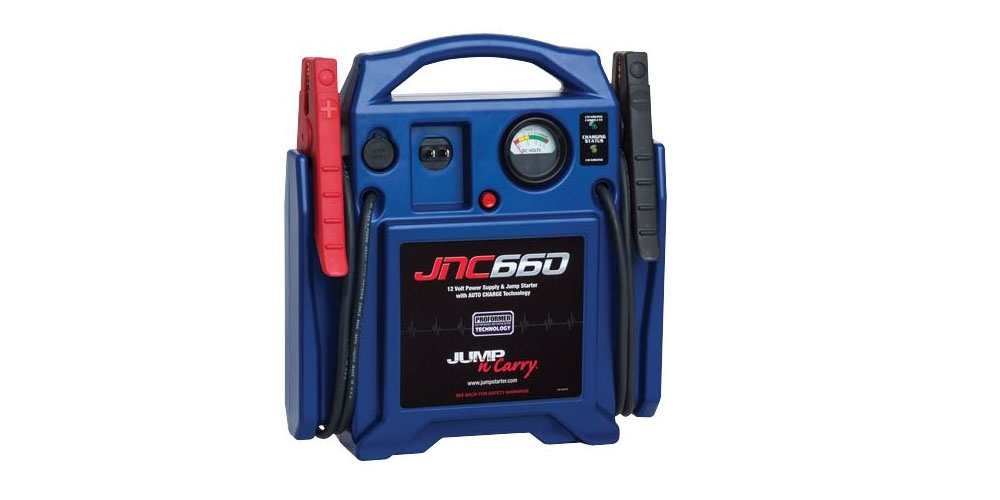 Car batteries are a vital part of the engine and are needed for a vehicle to work. However, these batteries tend to die out and can sometimes do so at unexpected times. Getting a jump starter or a car battery charger is the best option to prevent being stranded with no battery charge.

Both of them perform similar functions with a bit of variation. Many important facts about the Jump-N-Carry (JNC) jump starter will help you know more and understand how it works. Unlike the car battery charger, it has many elements and features that improve its functionality.

As the name suggests, a car battery charger is used to charge the car battery once its power dies out essentially. It needs a power socket to convert the electricity to volts and supply it to the car battery. The electric power should be an accurate 12V in direct current. It performs functions like a normal charger and fills up energy until it is full.

1. They have Unlimited Power

Since they use the electric charge from another main source, their electric charge never runs out. The chargers have an automatic switch-off feature which ensures that the power supply to the battery is cut off once it is full.

2. Do Not Require Charging

This is an advantage since you can forget to charge your equipment sometimes. You can use it anywhere as long as there is a power source.

Cons of a Car Battery Charger

1. They Are Not Portable

The chargers require conversion of current from AC to DC. For this to happen, the charger should be of a certain size which can be impossible sometimes. Jump starters provide higher mobility than car battery chargers.

2. Require a Source of Power

Sometimes you can be stranded in a deserted area; hence the charger cannot help in this case.

Fully charging your battery may take a long time when using a car charger. It can be a disadvantage if you’re in a hurry.

What is a Jump Starter

A jump starter performs the same function as the car battery charger. Unlike the latter, however, it does not have unlimited power since it does not require you to connect to a source of energy. It has a much higher electric voltage than the car charger and can fill the battery much faster. The battery can fill up within seconds of using a jump starter.

Jump starters can be used for various other things and with other electronic devices apart from charging car batteries. Their flexibility gives them a higher advantage than chargers.

Advantages of Using a Jump Starter

The only disadvantage is it is limited in power and hence cannot fully charge a battery instantly.

A jump starter has much more functionality and convenience than a car battery charger. Although they perform the same function, jump starters are much more effective and serve better. Investing in a jump starter is much better since you can use it for other electronic purposes

Max is a writer who loves to share general blogs with the world. He likes to write about topics that are interesting and helpful to others, and he hopes that his writing will make a difference in people's lives. Max is a kind and caring person, and he wants nothing more than to help others achieve their goals.

How can Electric Lunch Boxes Benefit You?

How Does Buying FIFA Coins Work?

PORTABLE BATHTUB: IS IT WORTH BUYING?